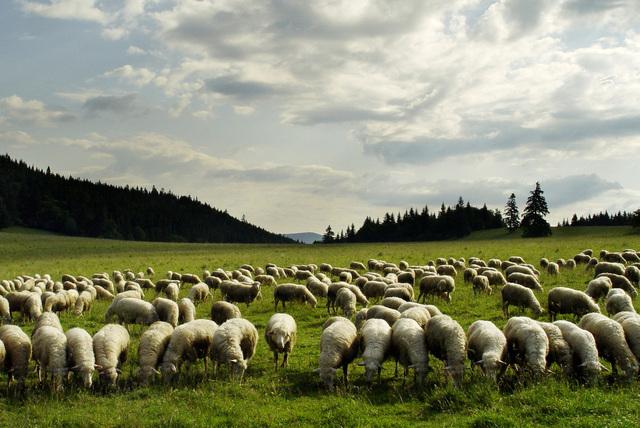 “Salvation we owe to our God, who is seated on the throne, and to the Lamb.” Revelation 7:10

As a background you may wish to read the following previously published articles which discuss who the Great Crowd of Other Sheep are in depth.

Paragraph 2 quotes “I have other sheep, which are not of this fold; those too I must bring in, and they will listen to my voice, and they will become one flock, one shepherd.” (John 10:16).

Notice how these other sheep were to be added to the one flock under one shepherd, Jesus Christ. It would be by Jesus himself.

Which of these matches what Jesus promised in John 10:16 where Jesus said he would bring in these other sheep and make one flock? The answer is obvious.

Jesus’ instruction repeated by Paul in Corinthians was to partake, and thereby proclaim the death of the Lord.

By J.F. Rutherford’s instruction, thousands stopped partaking and thereby stopped proclaiming the death of the Lord.

There is a further complication.

According to the Organization’s teaching, Jesus arrived invisibly in 1914.

If so, then those claiming to be ‘Anointed’ or part of the remnant of the little flock according to the Organization’s teaching, should also have stopped partaking. Therefore, the Organization is misleading everyone.

If Jesus has not yet arrived, then all true Christians should continue to partake until instructed otherwise by Jesus, and the Organization is misleading everyone.

How do you think your host would feel if you were invited to a meal, but when you attended, you rejected the meal and just watched others partake? Do you think they would invite you again? Very unlikely.

Subtle misrepresentation of Revelation 7. The Organization introduces an artificial change of subject between Revelation 7:1-8 and Revelation 7:9-10.

The Organization’s teaching of 2 groups leads to the following questions:

There are many other issues with this Watchtower study article, but most, if not all, have been covered in articles such as those given at the beginning of this review.

We use cookies on our website to give you the most relevant experience by remembering your preferences and repeat visits. By clicking “Accept”, you consent to the use of ALL the cookies.
.
Cookie SettingsAccept
Manage consent

This website uses cookies to improve your experience while you navigate through the website. Out of these, the cookies that are categorized as necessary are stored on your browser as they are essential for the working of basic functionalities of the website. We also use third-party cookies that help us analyze and understand how you use this website. These cookies will be stored in your browser only with your consent. You also have the option to opt-out of these cookies. But opting out of some of these cookies may affect your browsing experience.
Necessary Always Enabled
Necessary cookies are absolutely essential for the website to function properly. These cookies ensure basic functionalities and security features of the website, anonymously.
Functional
Functional cookies help to perform certain functionalities like sharing the content of the website on social media platforms, collect feedbacks, and other third-party features.
Performance
Performance cookies are used to understand and analyze the key performance indexes of the website which helps in delivering a better user experience for the visitors.
Analytics
Analytical cookies are used to understand how visitors interact with the website. These cookies help provide information on metrics the number of visitors, bounce rate, traffic source, etc.
Advertisement
Advertisement cookies are used to provide visitors with relevant ads and marketing campaigns. These cookies track visitors across websites and collect information to provide customized ads.
Others
Other uncategorized cookies are those that are being analyzed and have not been classified into a category as yet.
SAVE & ACCEPT
Powered by